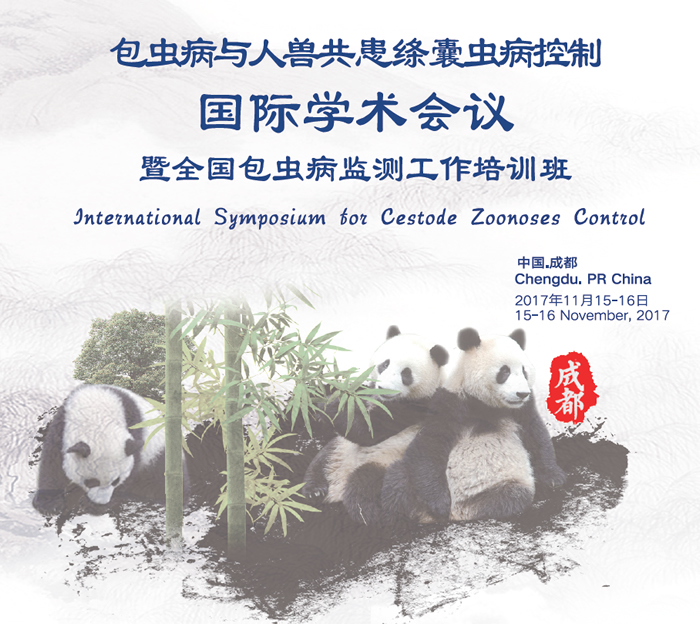 The tropical diseases are a group of infectious diseases which primarily affect the poorest sectors of a society in tropical and subtropical areas especially the populations living in remotes and disadvantage regions in the developing countries. More than one billion people in the world suffer from neglected tropical diseases (NTDs), but these diseases are characterized by little attention from policy-maker, lack of priority within health strategy, inadequate research, limited resources allocation and few interventions, in which cestode zoonoses are just the examples. Cestode zoonoses are emerging, re-emerging or spreading but still considered as one far neglected infectious diseases and do cause serious public health problems around the globe. It is urgent to apply new strategy supported by modern tools to diagnosis and treatment of the diseases, after further understanding the epidemiology and transmission pattern in endemic areas.
In China, Echinococcosis and taeniasis/cysticercosis are two important cestode infections. Echinococcosis is highly endemic in western China with a substantial share of burden in the globe. Historically, taeniasis/cysticercosis was epidemic in whole China. Owing to massive control activities, nowadays they are majorly distributed in western China where echinococcosis is co-endemic. Echinococcosis is nowadays ranking the priority of health in China, and massive control activities are being implemented in high-endemictiy areas especially in Siqu county, Sichuan province as a national integrated control pilot since 2015. Meanwhile, another three pilots are also established for taeniasis/cysticercosis control and elimination since 2015 in Sichuan, Yunnan and Henan. With the launching “Belt and Road initiative” in 2013 and sustainable development goals (SDG) in 2015, there are more opportunities for scientists and policy makers on international collaborations to improve diagnosis, treatment and control on cestode between Chinese scientist and international community.
Followed by the International Symposium for Cestode Zoonosis Control held in Shanghai in 2012, the International Symposium for Cestode Zoonosis Control is proposed to be held in Chengdu on 15-16 November 2017, to share the updated epidemiology, control and elimination of echinococcosis and taeniasis/cysticercosis at a global level, exchange the advances in research, and explore the international cooperation under the framework of “Belt and Road Initiative”.

Scope:
To explore strategies, and new approaches to control and eliminate echinococcosis and taeniasis/cysticercosis under the international cooperation framework of the “Belt and Road Initiative”, promoting the achievement of Sustainable Development Goals (SDG) on NTDs.